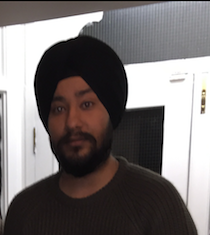 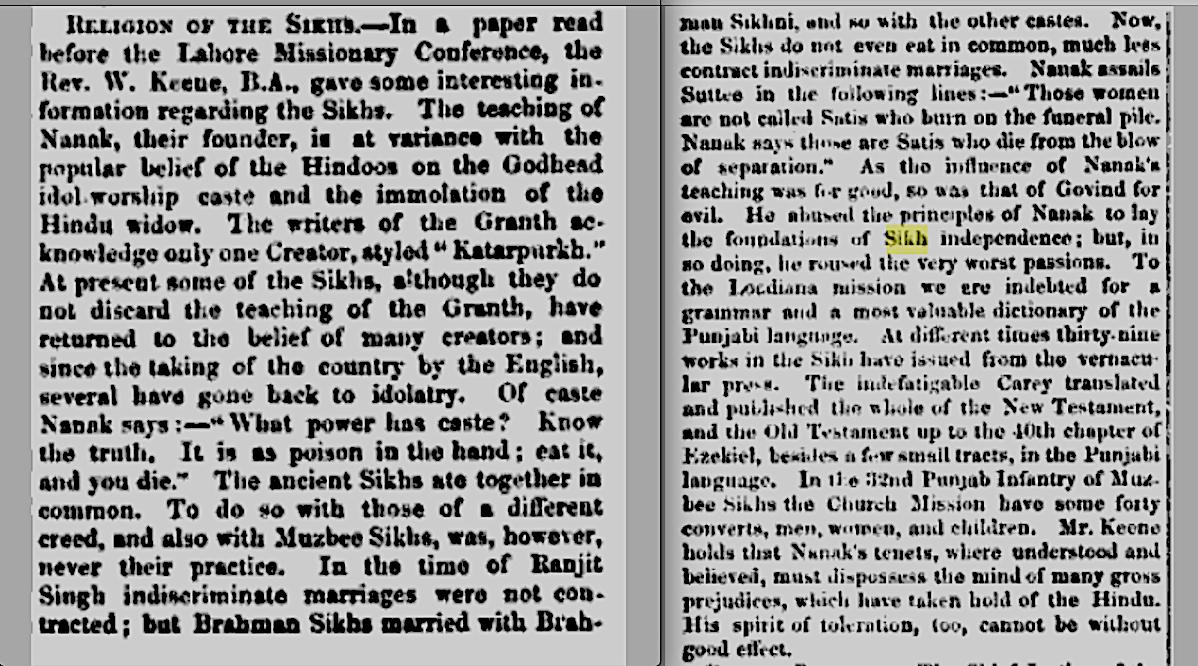 Second account from 1863 British officers, ridiculing the Sikhs & our Gurus !!

This is the second account of the East India Company's British Officers, INCORRECTLY describing few of the things about the Sikhs. The first account that I had found earlier, can be read here --> (https://sikhscientists.com/blog/detail/959a146c-e4f4-444e-a015-eea4673b74a4)

In this second account, we can see from the picture attached, that W. Keene, read a paper before the Lahore Missionary Conference, about the practices of Sikhs, as per his own understanding. It was stated that Guru Nanak was indeed respectful and effective to unblind the country's Hindus, who were following Idolatry and senseless Sati practices. However, it goes on further to character assasinate not just the Sikhs, but also the 10th Guru, Sri Guru Gobind Singh Sahib ji, as explained in the following points:

Now, as a Sikh, we know that point 1 above is completely RUBBISH !! In fact, it again confirms my claim from the first blog, that the Britishers were not just NAIVE but also cruelly ignorant about any facts or learnings of Sikhi. But points 2 and 3 are very much the same trend, which we can even now. It just confirms 2 things: First, that Sikhs fight among themselves and are so shady about our own people. Second, that the others (such as the then Britishers) were taking full advantage of this rivalry and differences, to promote their agendas of conversion and rule over us.

If we have NOT learnt anything since over 250 years, then we are doomed to survive another 250 years successfully. The quality is really deteriorating in Sikhi and through this blog post, I am requesting all Sikhs to become more trustful, compassionate and intelligent,  ATLEAST TO ONE ANOTHER.

PLEASE SUPPORT YOUR CAUSES AND YOUR PEOPLE

Page 486 of this book - https://books.google.co.uk/books?id=hWtDAAAAcAAJ&pg=PA5&lpg=PA5&dq=lieutenant+powlett+leper+village&source=bl&ots=En0x8ixz_H&sig=ACfU3U26bg6PVkYgbq-mQPL7AoA8J_jTKQ&hl=en&sa=X&ved=2ahUKEwjz1-G1z4D2AhVStaQKHR8LCesQ6AF6BAgoEAM#v=onepage&q=Sikh&f=false

Feel free to send in your messages, queries or corrections