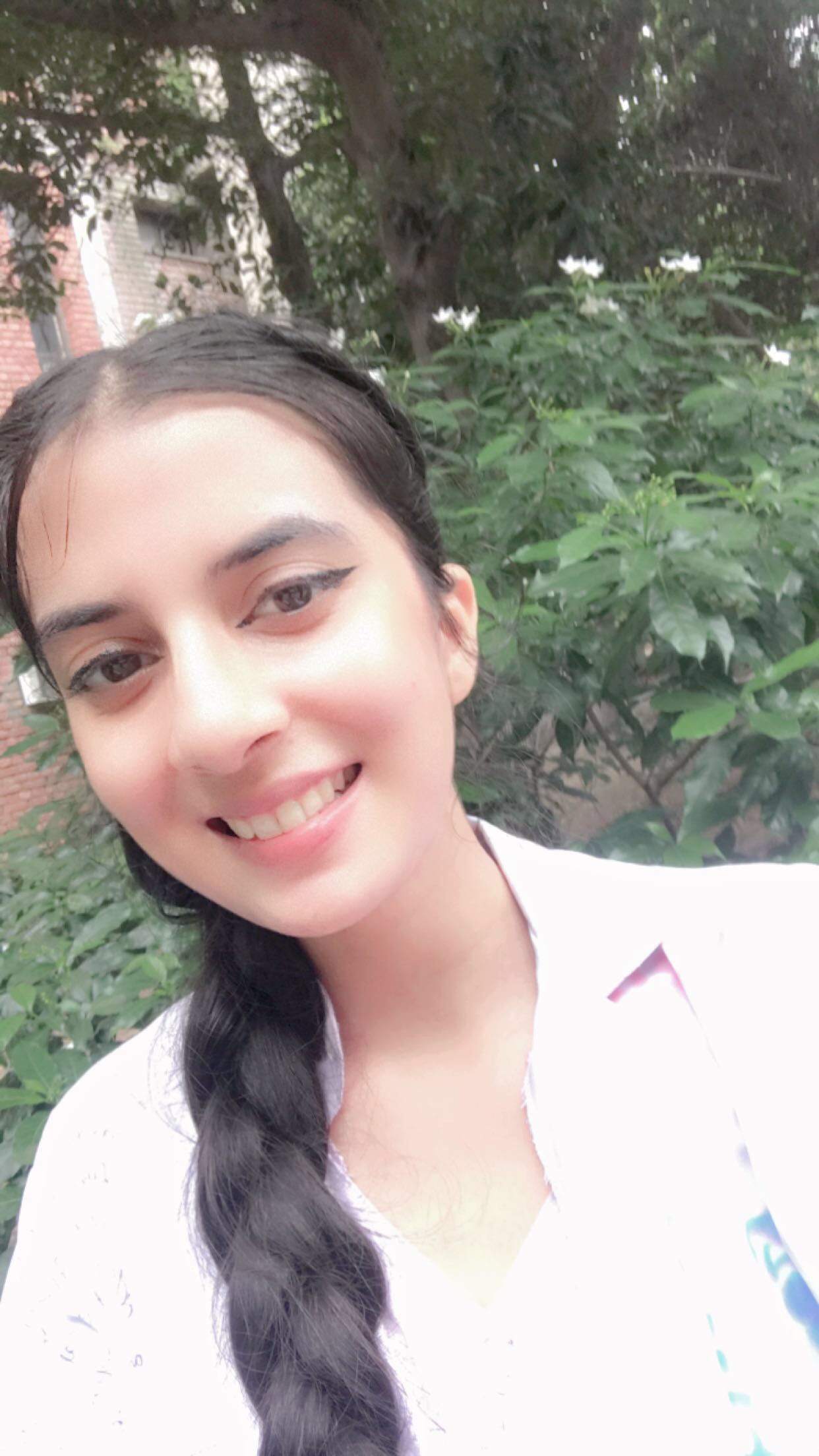 Bawa Kartar Singh was an eminent Sikh Scientists of his era. He intensively studied stereochemistry and published a huge number of research papers. He also established various research laboratories in India. He was one of the ten Indians who were asked to send proposals for Nobel Prize in Chemistry. He was a staunch Sikh and established a gurudwara related to Guru Nanak Dev Ji.

Bawa Kartar Singh was born on April 17, 1886, in village Vairowal, district of Amritsar. He was a devoted Sikh and a direct descendant of the Sikhs' third Guru, Guru Amar Das Ji. His father, Bawa Jiwan Singh, was a member of the Indian Medical Service. Kartar Singh attended D.A.V. School in Lahore but had to leave when his father transferred to Burma. After studying for a few years at Collegiate School, Rangoon, he then cleared the entrance for Calcutta University in 1903, bagging the seventh position. He shifted to England to study at Downing College, Cambridge, the following year. In 1906, he earned a Tripos in Natural Sciences [1].

After studying in London and Cambridge until 1910, he returned to India and taught chemistry at Dacca Government College. He contacted Dr. E. R. Watson, the head of the Chemistry department and a renowned dye chemist in India. Dr. Watson was very enthusiastic about research work like him. Bawa Kartar Singh also admired Sir P.C. Ray’s research work to a great extent. After spending eight years at Dacca Government College, he joined Government College, Lahore, as the head of the Chemistry department. He continued research there but later joined the Indian Educational Service in 1912. In British India, it was an administrative organisation that managed educational establishments staffed by Europeans [7]. After joining, he started working as a Chemistry teacher at Patna College. He later worked as a Chemistry professor at Ravenshaw College, Cuttack, and established a research centre [1]. He was in dire need of a polarimeter, which he obtained with the help of a mahant of Amar Math, Puri, visiting the college. He gained the full potential of the polarimeter and published various research papers [2]. Dr. Bawa then shifted to Science College, Patna as the head of the chemistry department in 1936, while simultaneously working as a chemical advisor to the Bihar government. There was no adequate apparatus present that was required for his research into optical activity. He obtained the same with the help of the Director of Public Instruction. After retirement from IES, he worked at Allahabad University   for six years, later, he was appointed as Emeritus Professor at the university. Dr. Singh joined the Punjab Institute of Chemistry as an Honorary Professor and an Associate Director and had to leave due to partition. He worked as an honorary professor at Banaras Hindu University from 1948 to 1960. He died of a paralysis attack on June 16, 1960 [1].

Bawa Kartar Singh was a prominent Sikh scientist in his time. He had an immense interest in the field of stereochemistry. He published more than 150 research papers on various topics. Dr. Singh studied the relationship between optical activity and the chemical composition of compounds. Dr. Bawa researched the structure and kinetics of mutarotation of stereoisomeric oxymethylene camphors. He also devised a new method to prepare tertiary amines. He preferably studied position isomerism and optical activity in the compounds. Later, he focused on the effects of position isomerism and conjugation on optical activity in bisimino camphors and aryl derivatives of amino. It further led to the analysis of the derivatives of imino, amino, and bis-imino camphors. Then, he focused on the rotatory dispersion of (+) camphor-benzylimide, benzyl (+) camphoric acid, and their derivatives. He stretched out his research to include (+) camphorimide and (+) camphoramic acid. Dr. Singh verified Pasteur’s Law, which states that the dissymmetry of certain molecules can be indicated by studying their optical activity. He intensively studied fatty acids and glycerol structure in fixed oils at Allahabad University. Dr. Singh's interests were not limited to stereochemistry. He had an inbuilt thirst for research, due to which he ventured a lot in different directions, some of which were the determination of sucrose by the double viscosity method, condensation products of deoxybenzoin with aromatic aldehydes, and chemical examination of the fruit and kernel of Palmyra Palm [1]. Dr. Bawa co-authored a book with O. N. Perti called Optical Activity and Chemical Constitution in 1963. He wrote two chapters in the Acharya Sir P. C. Ray Commemoration Volume—a report on the Progress of Stereochemistry in India and the Doctrine of Symmetry in Chemistry and its Significance in Molecular Configuration [5].

Bawa Kartar Singh wrote a large number of research papers. He published his first article on January 1, 1913, entitled "Studies in Substituted Quaternary Azonium Compounds containing an Asymmetric Nitrogen Atom, Part I. Resolution of Phenylmethylethyl-azonium Iodide into Optically Active Components." in the Journal of the Chemical Society [4].

Dr. Singh researched the dissimilarity between the latent additive activity of nitrogen atoms when they are directly linked and separated by a long chain of other groups. The action of alkyl iodides on unsymmetrical disubstituted hydrazines produced azonium compounds in two different ways, resulting in the same compounds. He devised a hypothesis that no other isomerides were formed except for two optical antipodes, which contradicted the findings of Lebel. He also concluded that alkyl amides get attached to the, α not the β atom, as he observed that the products produced were the same regardless of the order of alkyl amides introduced. This theory agreed with the observations of Harries and Hag. He gained support from Dr. E. R. Watson, a renowned dye chemist in India and a researcher from whom he was heavily inspired. He documented the upcoming parts of this research paper and continued working on it, with the fourth part published in 1921 in collaboration with Miri Lal [4].

He was a foundation fellow of the Indian Chemical Society (served as Vice President and President), the Indian Academy of Sciences (1934 to 1938), Bangalore (Vice-President, 1934-38), the National Academy of Sciences (India), Allahabad (Foreign Secretary, 1944-46), and Additional Vice President, INSA (1935-36, 1944-46). Dr. Bawa was awarded a D.Sc. by the University of Dublin, Ireland (1921) and again by the University of Cambridge, UK (1946) [2]. His research papers were published in top reputed journals like Nature, Journal of the Chemical Society (England), Journal of the Indian Chemical Society, Proc. Indian Academy of Science, Proc. Lahore Phil Society, and Journal of Scientific and Industrial Research (CSIR). He also addressed the Lahore Philosophical Society and the Indian Science Congress Association and discussed stereochemistry, Walden inversion, and the doctrine of symmetry [5].

Nomination letter for the Nobel Prize

During his tenure as Honorary Professor of Organic Chemistry at Allahabad College and Associate Director at Punjab University, Lahore, the Nobel Prize Committee asked him to nominate candidates for the Nobel Prize in chemistry in 1946. He was one of the only 10 Indians asked to send proposals for this coveted prize [2]. He wrote the nomination letter (dated December 10, 1946) to J.R. Geigy of Switzerland and P. Lauger for their research on the effect of an insecticide called D.D.T. (Dichlorodiphenyltrichloroethane) on potato beetles. He also emphasised the importance of chemicals against diseases caused by insects and bacteria. Eventually, his nomination was unsuccessful as Robert Robinson won the Nobel Prize that year for his investigations into plant products of biological importance, especially the alkaloids [3].

While teaching at Patna College, he served as President of Takhat Sri Harmandir Sahib (the birthplace of the tenth guru, Guru Gobind Singh Ji). While working there, he asked Sant Nischal Singh to construct Darshani deodi (entrance) in 1937 [2]. It took six months to complete. Dr. Bawa also built the Gurudwara Datan Sahib while teaching at Ravenshaw College, Cuttack [8]. The Gurudwara is of immense historical importance for Sikhs as their first Guru, Guru Nanak Dev Ji, planted their dantan (a twig used to clean teeth) and grew into a full-fledged tree. The historical account goes as follows: Guru Nanak Dev Ji visited Odisha in 1506. Their presence attracted many visitors. A mesmerist practising witchcraft named Chetan became jealous because many people converted to Sikhi. But slowly, he was influenced by Guru Ji’s kind words and became a Sikh himself. One morning, Chetan gave Guru Ji a tiny branch from the Sahada tree to brush his teeth. Guru Nanak Dev Ji used a part of the branch and planted the rest into the soil, which grew into a tree, and deteriorated in 1920. Prof. Bawa Kartar Singh and Prof. Paranakrishna Parija investigated the tree and later confirmed it to be from Guru Ji’s time. Then, they grew a new tree from the roots of the original tree and preserved a twig of the dead tree in a glass showcase. The professors collected donations from the Sikh Sangat, which made the construction of the Gurudwara possible in 1935. The gurudwara was later modernised in 1988 [6].